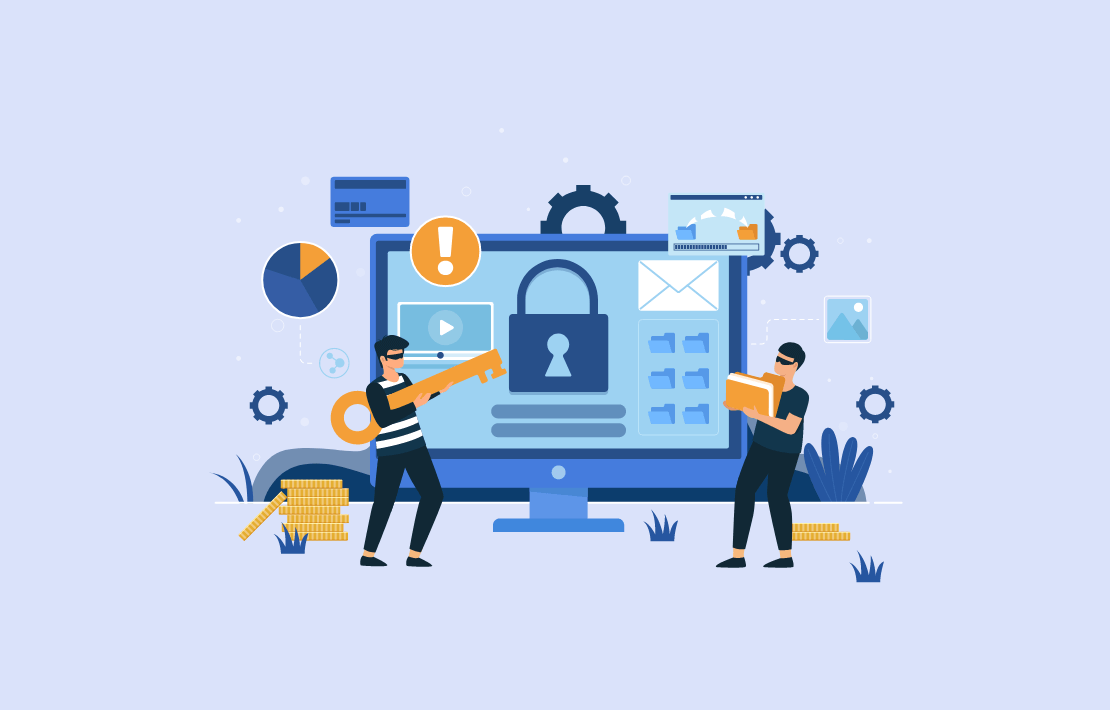 From WEP to WPA3

As wireless networks have evolved, so have the protocols for securing them. Get an overview of WLAN security standards, and learn the differences among WEP, WPA, WPA2 and WPA3

In wireless security, passwords are only half the battle. Choosing the proper level of encryption is just as vital, and the right choice will determine whether your wireless LAN is a house of straw or a resilient fortress.

Most wireless access points (APs) come with the ability to enable one of four wireless encryption standards: Wired Equivalent Privacy (WEP), Wi-Fi Protected Access, WPA2 or WPA3. Find out below which is best for your wireless security needs.

Enterprises can use this side-by-side comparison of the four security protocols to explore which one they should use in their wireless networks and when. This article also takes a deep dive into the history and technical details of WEP, WPA, WPA2 and WPA3.

When choosing from among WEP, WPA, WPA2 and WPA3 wireless security protocols, experts agree WPA3 is best for Wi-Fi security. As the most up-to-date wireless encryption protocol, WPA3 is the most secure choice. Some wireless APs do not support WPA3, however. In that case, the next best option is WPA2, which is widely deployed in the enterprise space today.

At this point, no one should use the original wireless security protocol, WEP, or even its immediate successor, WPA, as both are outdated and make wireless networks extremely vulnerable to outside threats. Network administrators should replace any wireless AP or router that supports WEP or WPA with a newer device that’s compatible with WPA2 or WPA3.

How does WEP work?

Wi-Fi Alliance developed WEP — the first encryption algorithm for the 802.11 standard — with one main goal: prevent hackers from snooping on wireless data as it was transmitted between clients and APs. From its inception in the late 1990s, however, WEP lacked the strength necessary to accomplish this aim.

Cybersecurity experts identified several severe flaws in WEP in 2001, eventually leading to industrywide recommendations to phase out the use of WEP in both enterprise and consumer devices. After investigators traced a large-scale cyber attack against T.J.Maxx in 2009 back to vulnerabilities exposed by WEP, the Payment Card Industry Data Security Standard prohibited retailers and other entities that process credit card data from using WEP.

An administrator must manually enter and update the key, which combines with a 24-bit initialization vector (IV) in an effort to strengthen encryption. The small size of the IV increases the likelihood that users will recycle keys, however, making them easier to crack. This characteristic, along with several other security flaws and vulnerabilities — including problematic authentication mechanisms — makes WEP a risky choice for wireless security.

How does WPA work?

The numerous flaws in WEP revealed the urgent need for an alternative, but the deliberately slow and careful processes required to write a new security specification posed a conflict. In response, in 2003, Wi-Fi Alliance released WPA as an interim standard, while IEEE worked to develop a more advanced, long-term replacement for WEP.

WPA has discrete modes for enterprise users and for personal use. The enterprise mode, WPA-Extensible Authentication Protocol (WPA-EAP), uses more stringent 802.1x authentication and requires the use of an authentication server. The personal mode, WPA-Pre-Shared Key (WPA-PSK), uses pre-shared keys for simpler implementation and management among consumers and small offices.

Although WPA is also based on RC4, it introduced several enhancements to encryption — namely, the use of the Temporal Key Integrity Protocol (TKIP). TKIP contained a set of the following functions to improve wireless LAN security:

Wi-Fi Alliance designed WPA to be backward-compatible with WEP to encourage quick, easy adoption. Network security professionals were able to support the new standard on many WEP-based devices with a simple firmware update. This framework, however, also meant the security WPA provided was not as comprehensive as it could have been.

How does WPA2 work?

As the successor to WPA, the WPA2 standard was ratified by IEEE in 2004 as 802.11i. Like its predecessor, WPA2 also offers enterprise and personal modes.

Developed by the U.S. government to protect classified data, AES comprises three symmetric block ciphers. Each encrypts and decrypts data in blocks of 128 bits using 128-, 192- and 256-bit keys. Although the use of AES requires more computing power from APs and clients, ongoing improvements in computer and network hardware have mitigated performance concerns.

WPA2 also introduced more seamless roaming, enabling clients to move from one AP to another on the same Wi-Fi network without having to reauthenticate, using Pairwise Master Key caching or pre-authentication.

In 2017, a Belgian security researcher named Mathy Vanhoef discovered a major security flaw in WPA2 — the key reinstallation attack (KRACK) vulnerability — that exploits the reinstallation of wireless encryption keys. While WPA2-Enterprise has a stronger authentication scheme using EAP than WPA2-Personal, which uses pre-shared keys, the KRACK vulnerability exists at the encryption stage and so affects all WPA2 implementations.

A new Wi-Fi network connection begins with a cryptographic four-way handshake between an endpoint and AP in which both devices, through a series of back-and-forth messages, prove they know a preestablished authentication code — PMK in enterprise mode and PSK in personal mode — without either one revealing it explicitly. Upon authentication, the third step in the four-way handshake involves the AP passing a traffic encryption key to the client. If the endpoint doesn’t acknowledge that it has received the key, the AP will assume a connectivity issue, resending and reinstalling it repeatedly. KRACK attackers — who must be within physical range of both client and network — can trigger, capture, analyze, manipulate and replay those retransmissions until they are able to determine the key, break encryption and gain access to network data.

“The weaknesses are in the Wi-Fi standard itself and not in individual products or implementations,” Vanhoef wrote at the time. “Therefore, any correct implementation of WPA2 is likely affected.”

Industry analysts widely acknowledged KRACK as a serious WPA2 security flaw, with technology providers quickly rolling out software patches to mitigate risk until the arrival of the next generation of wireless security. But many experts argued this particular vulnerability would prove difficult to exploit in the real world.

“Do patch what you can, but don’t panic,” cybersecurity researcher Martijn Grooten tweeted. “It’s unlikely to have a big impact on you.”

More commonly, the four-way handshake method also makes WPA2 networks with weak passcodes vulnerable to offline dictionary attacks, a type of brute-force attack that involves systematically trying hundreds, thousands or millions of pre-compiled possible passwords, out of earshot of the target network. In this scenario, an attacker might capture a WPA2 handshake, take that information offline and use a computer program to compare it against a list of likely codes with the goal of finding one that aligns logically with the available handshake data. For obvious reasons, dictionary attacks are far less likely to succeed against long passwords with combinations of uppercase and lowercase letters, numbers and special characters.

How does WPA3 work?

WPA3 addresses WPA2’s KRACK vulnerability with a more secure cryptographic handshake, replacing the PSK four-way handshake with Simultaneous Authentication of Equals (SAE), a version of the Internet Engineering Task Force’s dragonfly handshake in which either client or AP can initiate contact. Each device then transmits its authentication credentials in a discrete, one-off message, instead of in a give-and-take, multipart conversation. Importantly, SAE also eliminates the reuse of encryption keys, requiring a new code with every interaction. Without open-ended communication between AP and client or encryption key reuse, cybercriminals can’t as easily eavesdrop or insert themselves into an exchange.

SAE limits users to active, on-site authentication attempts, flagging anyone who has exceeded a certain number of password guesses. This capability should make the typical Wi-Fi network more resistant to offline dictionary attacks. By mandating a new encryption passphrase for each connection, SAE also enables a feature called forward secrecy, which aims to prevent attackers who have cracked a passcode from using it to decrypt data they previously captured and saved.

In practice, of course, WPA3 is not impervious to threats. Vanhoef, the security expert who discovered KRACK, and Eyal Ronen, a researcher at Tel Aviv University, published several new security flaws in WPA3 in 2019. The so-called Dragonblood vulnerabilities included two downgrade attacks, in which an attacker forces a device to revert to WPA2, and two side-channel attacks, which enable offline dictionary attacks. Wi-Fi Alliance downplayed the risks, however, saying vendors could readily mitigate them via software upgrades. Regardless of its potential vulnerabilities, experts agree WPA3 is the most security wireless protocol available today.